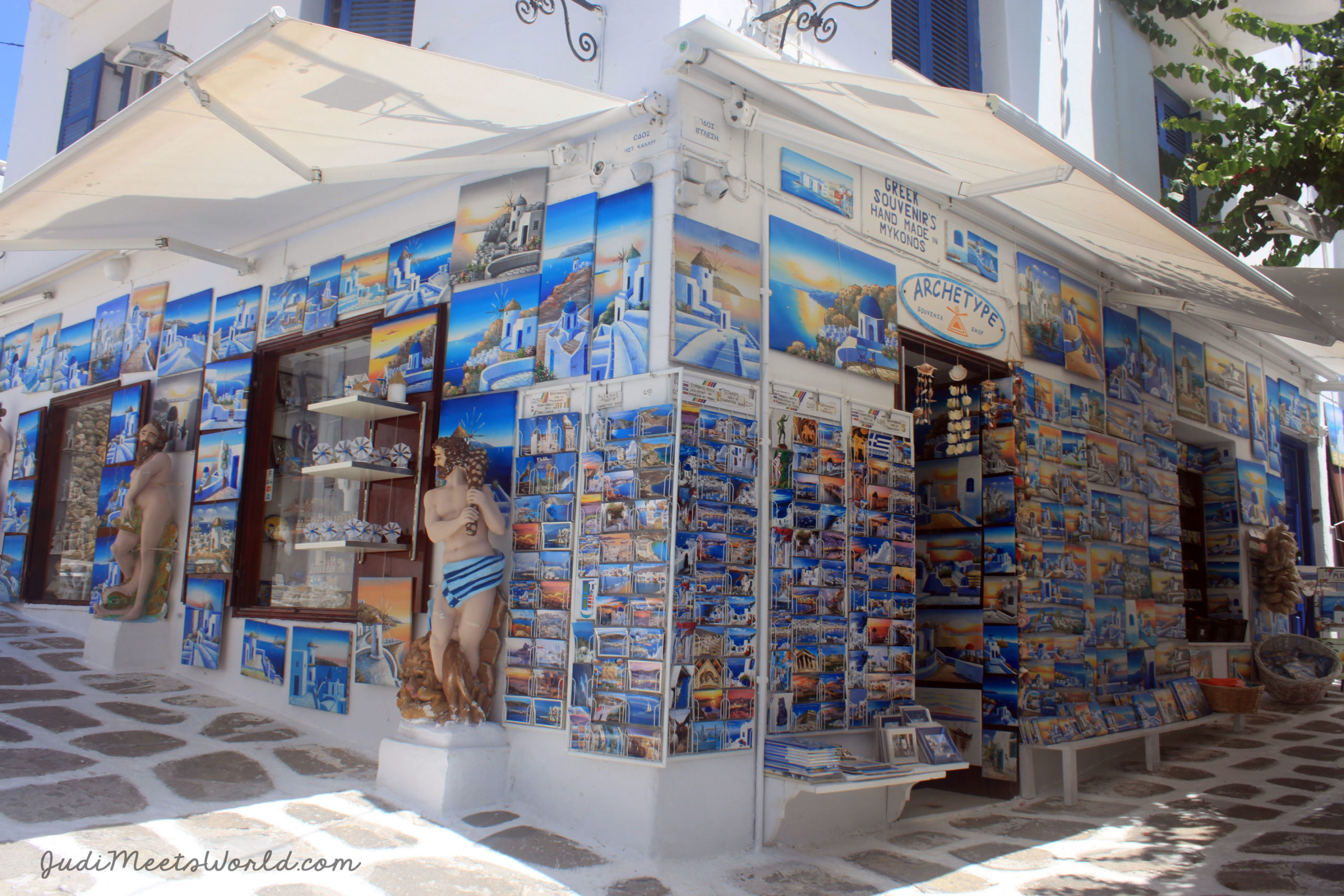 In 2017, I traveled around Greece. With the blessings life has brought my way, I haven’t had a moment to get this blog back up and running, but I’m pleased to return with many, many, MANY posts in tow.

Curious about the rest of my European adventure? Click the posts below:

We jumped into a tender boat that almost flipped sideways on the rough seas (an everyday thing in Mykonos). We were en route to visit these ruins. The lone palm tree in a circular dried up lake marks the spot where, according to Greek mythology, is the birthplace of twin gods Apollo and Artemis. The significance of this meant that Delos was place of worship in Ancient Greece.

I had to really pause and reflect, to understand that this was once an important, bustling port city in Greek history. I was standing in a place that I had once studied. Ages ago, ancient Greeks sat in the same places I was now sitting in. It was truly a surreal experience for me.

A highlight of the tour is the House of Dionysus, named after the tiled floor art in the middle of all the columns. The intricacies of this place (which was the home of an aristocrat at the time) had me wondering how these columns were constructed and set up.

The only thing about being on a cruise is that you don’t get much time to explore the port you’re in. I would, hands down, return to Mykonos for more than a day to really experience what it has to offer. The crowded narrow streets, the row of windmills, the restaurants carved into caves – all of it was breathtaking. The port had me smitten as I explored for an hour before boarding a tender back to the ship.

A picture is worth a thousand words, so rather than trying to do this place justice with text, I invite you to take a look for yourself – this place is stunning!

Heading into this cruise, I had little clue as to what Katakolon was. It’s not something that usually pops up in searches of Greece for me, but it turns out to be another deep dive into history. Katakolon is the seaport where you can venture further into Olympia, the site of the very first ancient Olympic games. While the first modern Olympics stadium stands in Athens, the original Olympics came from this area.

Here’s my mom standing under the arch, or gateway, to the first ever Olympic stadium.

776 BC was the inaugural year of the first ever Olympic Games. There is no way that we, as women (and furthermore as women of colour) would have ever been able to set foot into this space. Now, it’s a tourist spot open for all to see. It’s humbling to be able to enter a place that we would never have been able to enter previously.

When you enter the Historical Museum of the Olympic Games, you’re given a tablet. On this tablet is a 3D rendering that shows you, in real time, what would have stood on the ruins you’re facing. Through the screen, I saw larger-than-life statues dedicated to Zeus, and the gymnasiums and training areas for the athletes.

That concludes this blog post summarizing the rest of the three islands we vistited as part of our Greek tour (other than Athens and Santorini which got their own individual posts). Stay tuned for our next European destination: Italy!