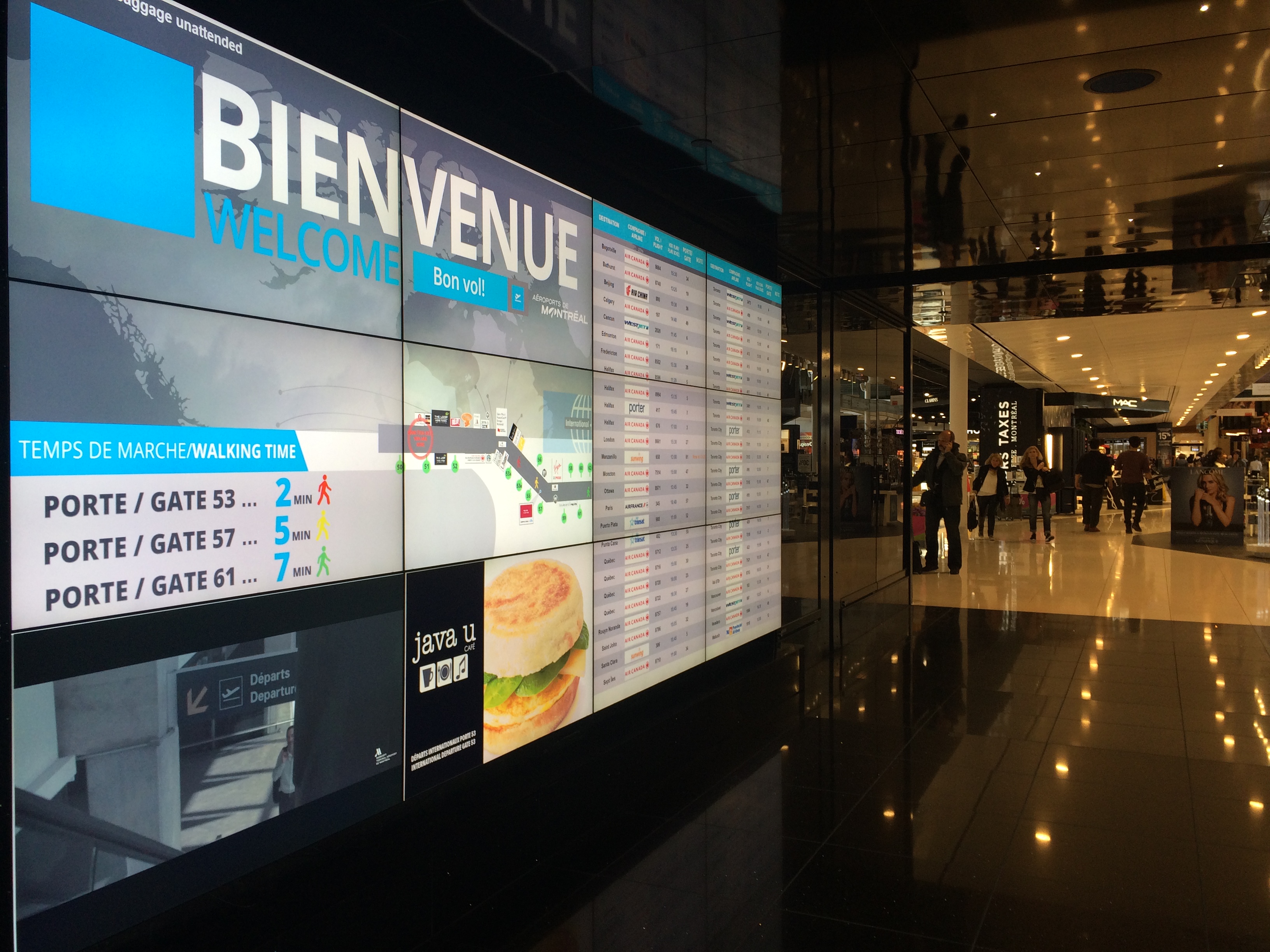 Montreal’s Pierre Elliot Trudeau International Airport (YUL) was my connecting airport en route to New York’s La Guardia (LGA).  If you are traveling here and connecting between a Canadian city to an American one, make sure you have enough layover time to do the walking it takes to make it to your gate.

This is only my second time connecting via YUL, as I usually connect in Toronto, Calgary, or Vancouver for my international or North American flights.  YUL offers free wifi to keep you connected, and the staff were efficient and friendly.  Signage was clear throughout the airport, so you were never left wondering if you’re heading in the wrong direction (a feeling that even a frequent flyer like myself sometimes experiences in the hustle and bustle of international airports).

I had a good 3 hours and did not need to pick up any luggage – the benefits of only packing a carry-on for a short trip.  This gave me the benefit of not having to rush to my next gate and opt only for the fast food options for lunch.  I even had time to exchange money to US currency and even catch a glimpse of the entire Montreal Canadiens NHL hockey team!  See P.K. Subban in this picture as he takes a moment with some young fans before he boards the gate.  Turns out their team was heading to Florida and their flight was the flight before mine at my boarding gate.  Lucky me!

Normally when walking around airports, you see a lot of advertisements in the tunnels and hallways.  Lining one of the hallways was a series of photographs and art that, because I

wasn’t pressed for time, I had the joy of viewing.  The images featured photography done in the city of Montreal itself.  They were all so beautiful, I made a mental note to jump Montreal a few spots up on my places to meet!

The airport, alone, is beautiful in its style with clean, sleek lines and a balance of new and old, just like the city itself.  I will definitely have to return to the city again, but make YUL my final destination.