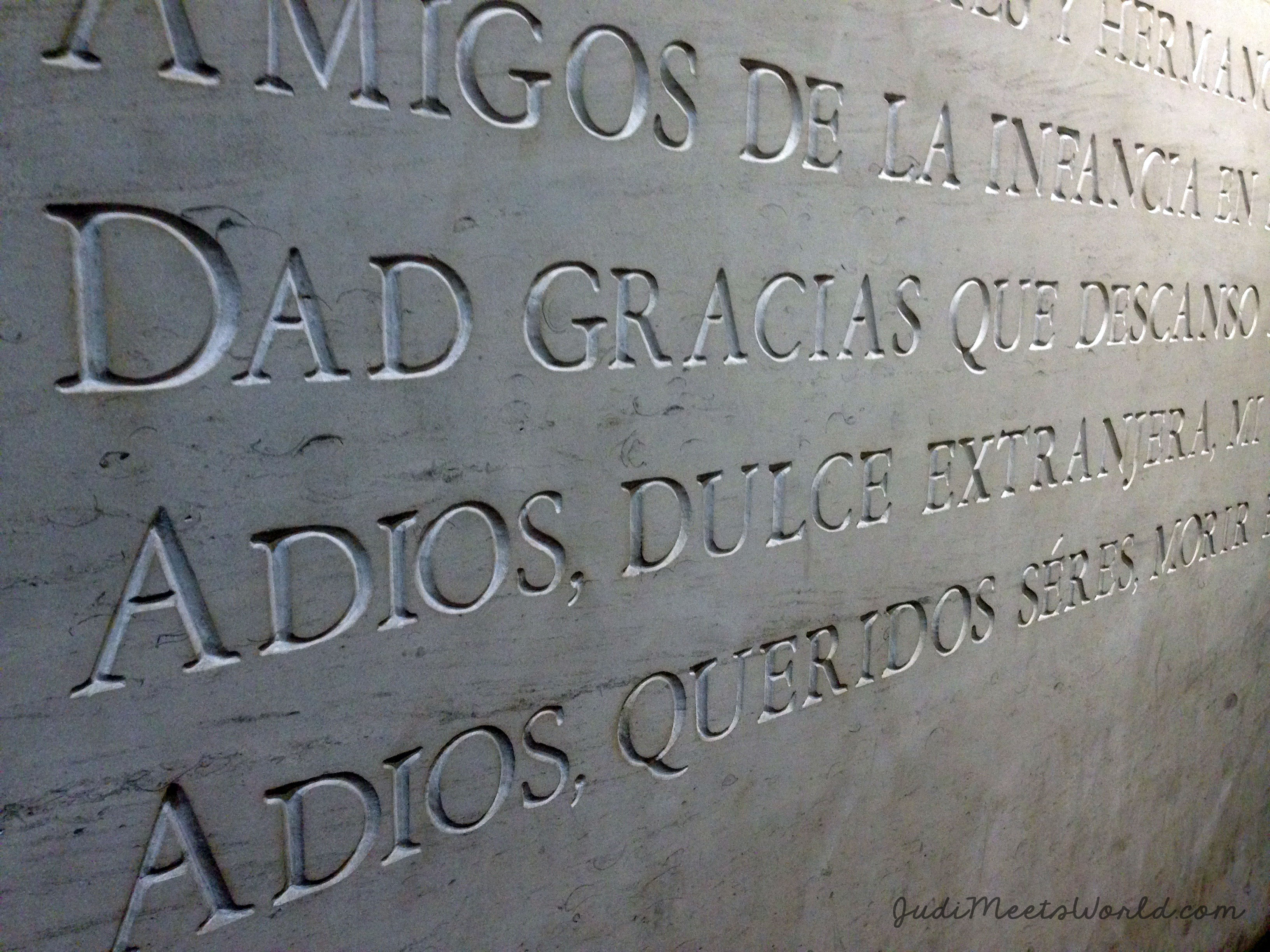 Within the bustle of a growing Metro Manila, it’s nice to sit back and marvel at its history.  Prior to leaving, I asked my parents “Where’s one place I could take a photo and every Filipino will know I’m in Manila?”  Their answer (on separate occasions) was unanimous:  Luneta Park, by the statue of national hero Jose Rizal.

Luneta National Park is also called Rizal Park, and rightfully so!  One of the most iconic monuments pays tribute to Jose Rizal, a nationalist, doctor, poet, author, and activist.  He was tried under the Spanish colonial government on grounds of rebellion after an anti-colonial revolution (inspired by his writing).  Considered a national hero, his written works inspired the change that eventually led to Philippine Independence.

Rizal’s final resting place is in the base of the monument; his body was exhumed from an unmarked grave in Paco Cemetary.  Two guards protect the monument in full regalia.  About a 5-minute walk away is the site of his execution where, for 50 PHP admission ($1.40 CDN), you can learn about the last moments leading up to his death.

We had a very Rizal-themed day!  Intramuros (Spanish for “within the walls”), refers to the historical centre and core district of Manila, called the Ciudad Murada (Walled City).  Fortified stone walls protected the inhabitants of the city from intruders and those very walls are still up today.  Restoration work continues on most of Intramuros, but you can certainly tour the tunnels, walls, exhibits and original buildings.  Explore the different pathways, cells, and arsenal/weaponry on the grounds.

One exhibit to check out is the original cell in which Rizal was held, and the room of his trial.  You can also find his personal belongings, such as a fencing outfit and business cards.  At one outdoor section, you can get a beautiful view of the iconic Pasig River, the main source for water, transportation and trading in the Spanish colonial era.  In the inner courtyard of Fort Santiago, you can also see his footsteps that mark his path towards his execution.  Don’t miss the informative history video (about 10 minutes long) at the Information Centre by the entrance.

I recommend Luneta Park, Fort Santiago, and Intramuros for those looking to connect with the history and culture of the capital city of the Philippines.  Spanish last names, a lot of Spanish-fusion dishes, and many latin roots in the dialect of Tagalog?  Makes sense, when you learn more about the colonial era.  Also, anyone with an appreciation for architecture and a spirit for exploration will definitely have a great visit to Intramuros.  Take a kalesa or horse-drawn carriage to tour your around!

Just outside of Intramuros is Manila Cathedral, with its own rich history!  Formally known as the Minor Basilica and Metropolitan Cathedral of the Immaculate Conception, it acts as the episcopal see of the Archbishop of Manila.  It also acts as the head of all churches and cathedrals in the Philippines, and was the site for papal visits, including by Pope Francis.  One guide told us that it is one of two basilicas worldwide that can hold electoral processes for a new pope – the other being at the Vatican.